Last night I was lucky enough to be a guest of Caloundra Tourism for the very impressive Horizon Ignites event on Omrah Avenue, Caloundra.

Along with some other photo buddies, I was treated to a special presentation by Caloundra Tourism before we moved on to shoot all the colour and action of the parade – and man was there plenty to shoot!

I had trouble keeping up as they weaved and sashayed their way from Minchinton Street to Bulcock Street and then onto Felicity Park. 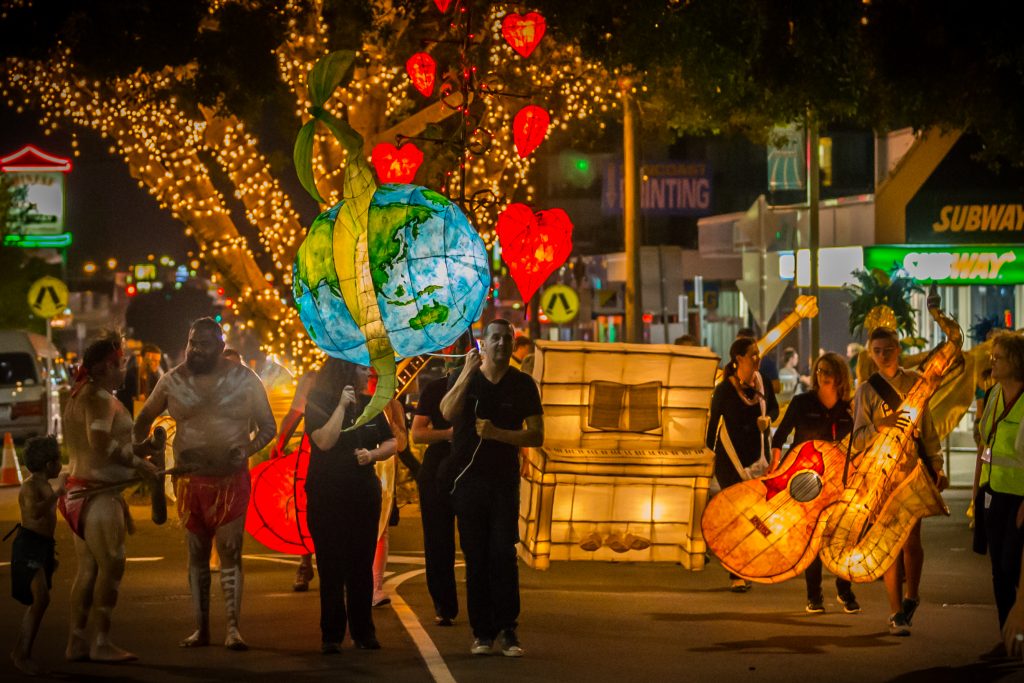 The streets were lined with spectators cheering the parade as it passed, and even joining in on the conga line! Children were also able to get into the act, having made their own lanterns in the park earlier in the afternoon thanks to the services of Pom Palace. It truly was an exciting experience to be a part of, and there was still more to come.

In Felicity Park, it was a feast of colour and movement – you could learn a samba and flamenco dance, immerse yourself in street art and projections, check out interactive art playshops, and marvel at stilt walkers.

And then there was the sage – located behind the gallery, original tunes from folk singer/songwriter Tobias – who has only recently returned home to the Sunshine Coast after releasing his self-titled album in Melbourne in July – rang out throughout the night, including tracks which have garnered national radio airplay.

When Tobias wasn’t on-stage, attendees could get moving to the dynamic ensemble of Jaleos Flamenco, which celebrates the passion and grace of flamenco music, song and dance. Made up of Simone Pope (dancer), Clara Domingo (vocals) and Andrew Veivers (guitar) and collaborating with Yioda Wilson of the theArte Flamenco Dance School, this troupe brought together some amazing rhythms, footwork and energy to have this photographer transfixed. 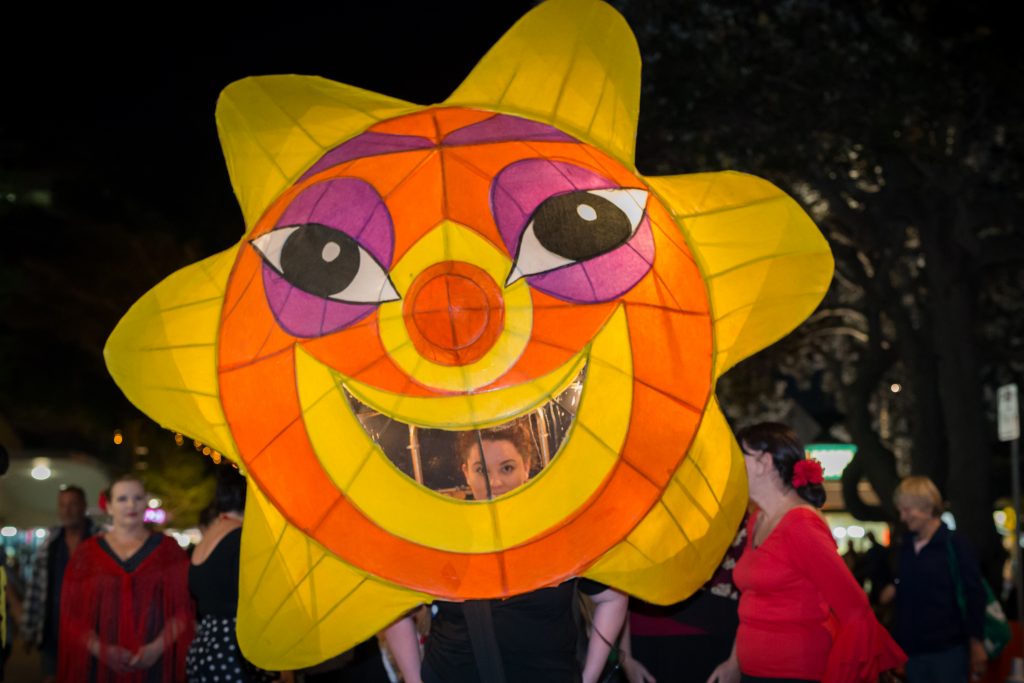 And that still wasn’t all. Travelling inflatable festival club ‘The Pod Lounge’ presented a night of slam poetry, music, culture and the spoken word as well as the sounds of Dear Willow; Sunshine Coast Art Prize 2016 judge Jane Deeth conducted an exhibition and guided floor talk along with music by local musician Jai Bevan in Caloundra Gallery ‘Up Late’; and local film-maker Madeline Kennedy was at the Caloundra Events Centre with actor Pete Murray and guests for a free world premier screening of her film debut – Thicker than Water.

At the same time, First Coat – Satellite Murals winning artists worked on a mural at the back of the Caloundra Regional Gallery as part of four murals set to adorn the laneways of the Caloundra CBD.

After all of that – I needed a lay down! This event truly had everything, and I am so thankful to Caloundra Tourism for the invite.