American star, Dom Lagana, will race for Rapisarda Autosport International at the Santo’s Summer Thunder meeting at Sydney Dragway on January 21 followed by the ANDRA Nationals to be held at Calder Park Raceway on January 28-29.

Lagana will be joined by Lee Beard, one of the most highly decorated tuners in the NHRA with 53 wins and a swag of titles in a career covering over four decades.

“I’m excited to be returning to Australia to race for Rapisarda Autosport International,” said Lagana. “The last time I raced there was when Santo ran four cars at Sydney in 2015. That was an amazing experience. To be invited to back is an honour and privilege. One of my career highlights was running a PB of 3.78/319 mph in the Rapisarda fuel car during the 2014 Nationals at Lucas Oil Raceway in Indianapolis.  I’ve always kept in touch with the Santo, Santino and Junior when they have raced on the NHRA over the last couple of years and got to hang out and spend some time with the team at the final round of the NHRA season last November. Running three cars in Sydney will be a challenge but RAI has the equipment, resources and a talented bunch of crew guys to get the job done.” 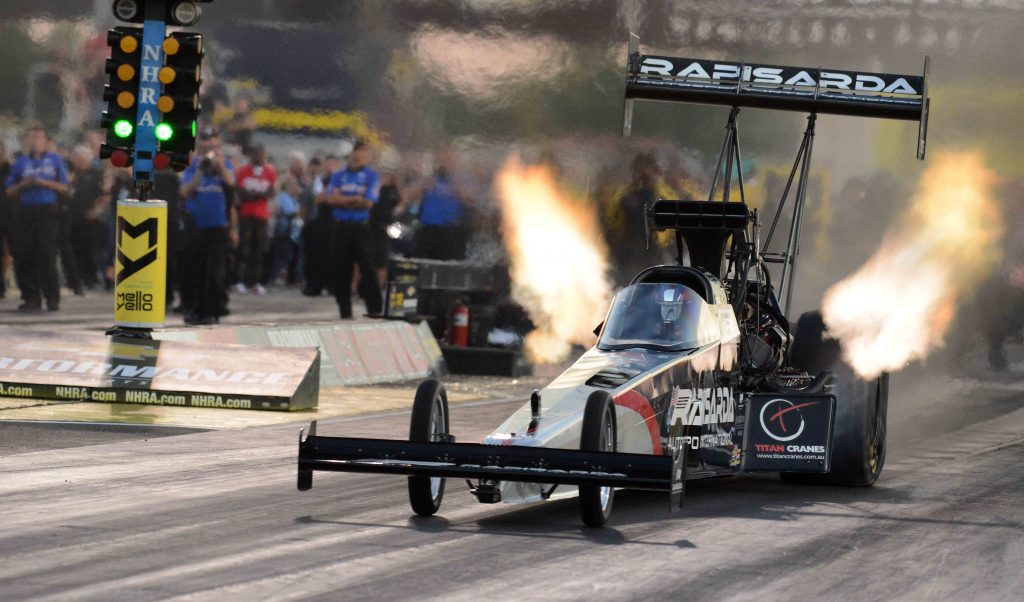 “Dom is like a brother to Santo Jr. and myself,” said Santino Rapisarda. “He’s got a great work ethic, really down to earth and very much a hands-on person. Dom, and his older brother Bobby, run their own team in America and bring to drag racing a very strong sense of family and that is something that we can identify with. He’s been around drag racing all his life and over the years we’ve been racing in America and has really gone out of his way to help our team.”