On the weekend I had the special honour of being a special guest of the Noosa Long Weekend Festival as part of a joint venture instameet with a difference.

My Insta photographer buddies Sue and Jane (on instagram @suewhit & @_janeelyssa_) and I were part of a 10-strong group of photographers who were treated by the Festival, #visitsunshinecoast and #visitnoosa to an exclusive front and centre position for the Noosa Long Weekend Festival opening parade and also another exclusive location on the beach for the night’s skydiving finale. 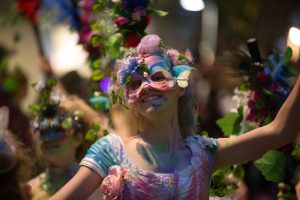 Unfortunately due to the weather the skydiving did not go ahead, but the Parade certainly put on a wonderful albeit chilly show for everyone. And with our front and centre position, we had plenty of prime opportunities to shoot plenty of exciting spots. We even had the chance to take in some Aussie celebrity sighting, with the Festival Ambassador for what was the 15th Anniversary Celebration year being none other than ‘Mr Hollywood in Oz’ – Damien Anthony Rossi (Channel Seven’s The Great South East and The Sunday Mail) – himself. Rossi officially opened the Noosa Long Weekend event straight after the parade, to the delight of a packed house.

Normally at parades unless you are accredited as media or working with the event, you find yourself behind the barricades in a 10-deep throng with limited mobility, so to have this kind of access was exceptionally exciting and I am very thankful to the Festival, #visitnoosa and #visitsunshinecoast for the opportunity. 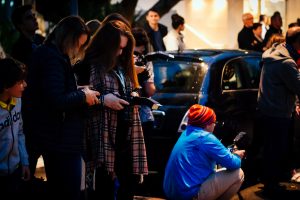 We certainly weren’t the only photographers out and about either, it really struck me this year just how many people I saw shooting the event – from the young to the very much not-so-young, and serious ones at that! I even saw some guys shooting film, it was really great to see the enthusiasm in action for something that I hold such a passion for.

While it was definitely on the brisker side and quite crowded – indeed it was hard to move around at times even with our special access – it was a beautiful evening. Given the lighting conditions not being ideal for photography, I worked with the best available, while Sue went one step further and created her own with a speed light!

There were plenty of scrums around the most outrageous costumes and also the skimpiest ones! I am more of a lone wolf however, so while I was sure to grab shots of the show-stoppers I also concentrated heavily on creating the perfect shot out of some of the more subtle subjects. 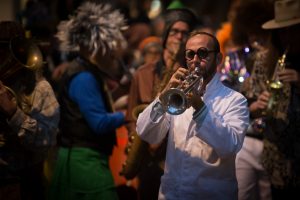 Having said that, it would be easy to think that at an event such as this – where there is so much going on all around you – that it would be relatively easy to get something strong. However, it was in fact quite challenging, although as challenges go, it was quite enjoyable!

Next time, I feel I will look to create for myself an agenda for the shoot – this time around, as a group we were just there to shoot and enjoy, but I did find that I struggled a bit without an assignment or agenda to focus my mind. 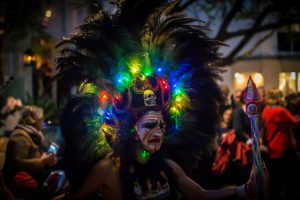 After running into plenty of photographers at the Parade who were working on longer-term projects, I started mulling over the fact that if you know what you are looking for, you have a better chance of finding it. So for next year’s parade, I am thinking about a consistent portrait series with flash and soft-box. It has certainly been done before, but not by me, and as Henri Cartier-Bresson once said: “There are no new ideas in the world, just new arrangements of things.” I am very excited about exploring this idea further and perhaps putting my own ‘arrangement’ into place next year.

For more on the event, you can check out www.noosalongweekend.com, or I highly recommend taking a look at the hashtags #nlwf16 #visitsunshinecoast #visitnoosa on Instagram for plenty of great shots from the event.