The 140th running of the Royal Queensland Show, affectionately known as the Ekka, has gotten off to a roaring start with the opening weekend hosting wall to wall action.

The show, presented by RACQ, officially opened its doors on Friday, August 11, with an eager crowd ready to burst through the gates and indulge in all the Ekka has to offer.

As part of the opening morning festivities, the lucky punter Leonie was picked at random from the crowd to receive a free ride on new ride The Beast – the latest addition to the show.

We were lucky enough to get them to agree to let us strap a GoPro to them as they experienced the ride – it made for some great photos and video which you can now find on the Ekka’s YouTube channel!

With so much to see and do at Sideshow Alley, I was kept busy the entire day and before I knew it, the sun was setting and it was time to head over to the Main Arena to shoot the first Ekka fireworks of 2017.

Once all the festivities had quietened, I headed over to Rydges Fortitude Valley. Located right in the heart of the showgrounds, this was the perfect place to lay my head for Friday and Saturday night as I looked to make the absolute most of my opening weekend experience.

And it was a good thing I did – it was an early start for me on Saturday, photographing the cattle being washed in the morning sun’s rays before they enjoyed their exercise around the Main Arena ahead of the show opening.

Later in the morning, it was time for the official opening ceremony by his Excellency General the Honourable Sir Peter Cosgrove, also held in the Main Arena. This time, instead of exercising cattle, Queensland Army, Livestock Parades, the Holden Precision Driving Team and the Stud Beef Paraders’ Competition keeping the hordes of fans entertained in the main arena.

After the opening ceremony, there was plenty more to see and do ahead of my Saturday evening engagement – attending the MARSH Rural Ambassador Awards at the Rydges Hotel – a truly great event highlighting the importance of young people in rural and regional Queensland, in particular, those associated with the Agricultural Show movement.

My night then finished off at the XXXX Stockman’s Bar and Grill, listening to Brooke Schubert pumping out some country classics. Brooke was part of ‘Team Seal’ on this year’s The Voice AU program, and in 2014 toured with country music legend Keith Urban, performing the duet “We Were Us.”

After another restful night at Rydges Fortitude Valley, it was time for a busy Sunday with another early start spent capturing the cattle being prepared for their show at 10.00am before I headed over to the XXXX Stockman’s Bar and Grill for the Arm Wrestling Supermatches! 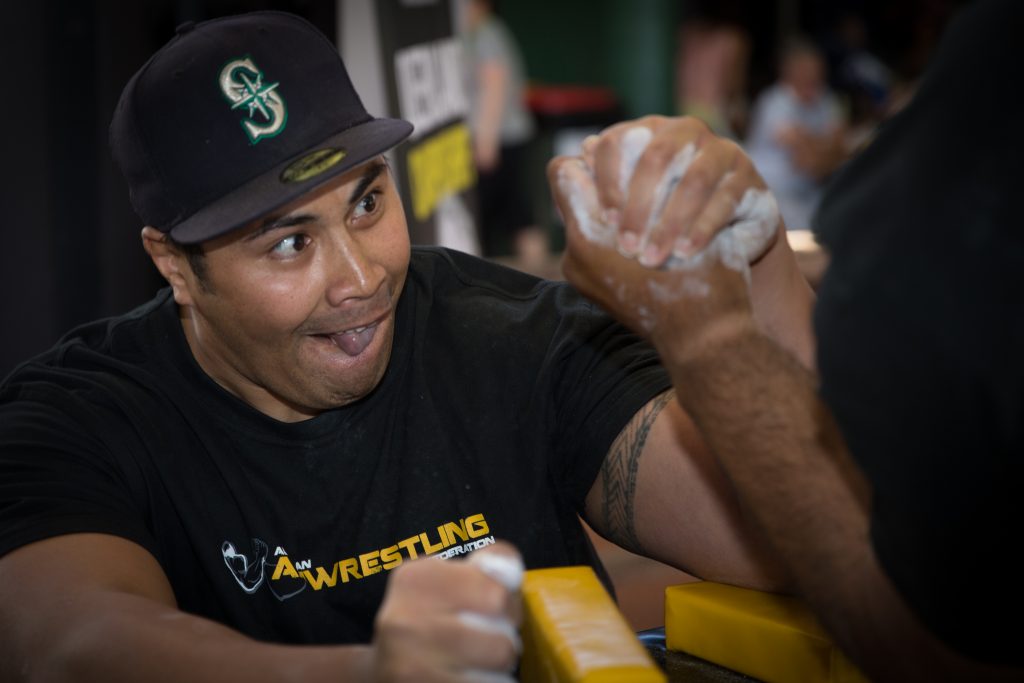 All part of the Queensland State Titles for the Australian Armwrestling Foundation, the Supermatches saw around 30 competitors test their strength across three weight classes and was a lot of fun.

And as if that wasn’t enough fun for one day, I finished the day off catching up with the 2016 Marsh Queensland Rural Ambassador and a 2017 Ekka Chief Steward, Justin Matthews in the beef pavilion.

It sure has been an exciting start to the 2017 Ekka, presented by RACQ. Don’t forget, in 2017 there are special twilight tickets available and a bursting entertainment program, so make sure you get over to the Royal Brisbane Showgrounds before the show packs up for another year on the 20th of August.